As I sit here I ponder many things, where does the human slave go everyday? He wakes at hunting time- at first I thought to join the hunt finally; but no, he goes into the rain chamber… the shower I believe the humans call it. Get this instead of hunting he opens the winter box.. fridge I think it’s called, and he doesn’t even have to hunt!

Once he has does his early morning chores, he grabs his keys and leaves. But where does he go? He is my human slave, no one else’s, so where on earth does he go? angrily I sit and wait, staring out the window all day, waiting for his return. After what feels like an eternity, he arrives at almost dark.

I yell at him in my native language, ” where have you been all day slave! I’ve been worried sick, my food dish is empty, I’m cold, and I need snuggles now!” Of course he does not speak my native tongue so to him it sounds like “MOOOOOWOWW MEEEEEOOOOWOW MEEEEEEOOOOWWW!”

All he does is laugh; don’t you know this is serious?!

He better not be someone else’s slave during the day or I will be puurrfectly livid; he looks sleepy, and hungry. So I allow him to feed me, then he may make his own dinner and have some time to himself.

Later in the night and  he has gone to bed with the other human slave, they watch some television and of course this is my time now. I spring onto the bed, alright humans pet and pamper me now; they oblige as this is our before sleep ritual. Petting me until we all fall asleep, and do the day over again the next day.

So a few months back I fell very ill, the humans were so worried they rushed me to the hospital. I tried to protest, I hate the hospital. But they insisted, and I was in no state to put up much of a fight. My belly hurt so bad, I was hot, then cold. I couldn’t pee, I thought maybe it was my litter box causing me so much pain; so I attempted to go on the floor. Nothing would come out but dibbles.

Then at the vet they rushed me away from my humans to the back room.

The doctors said it didn’t look good, my bladder was so full and I couldn’t get enough urine out; putting my kidneys at risk.

She explained it as “crystals”, and they would need to do a test to find out what type of crystals it was. Not long after the test was preformed she told my humans there was good news and bad news, the bad news was it was crystals; but the good news was it was struvite crystals- the kind that can be broken down with special food!

Another  postive too, was my humans bringing me in so fast, because I still had some urine making its way out- and I wasn’t completly blocked, the doctor decided there was a chance to break down the crystals with some medicated food, along with some pain medication, and muscle relaxers; they would however, have to drain my bladder that day, and probably would have to again the second day. My humans agreed to give it a chance before pushing for surgery. But it would be serious, the doctor said I would need to be monitored consisently for the next few days, incase of complication they would have to rush me in for surgery.

After the procedure of draining my bladder, given some pain meds and muscle relaxers, the humans took me home along with the medication and special food.

It was a battle, the mom human layed with me on the floor of the spare room all night, checking me, cleaning my pee dipples up and putting down fresh pee pads. I could see the worry and fear in her eyes; but the fact that she was with me and not leaving my side gave me strength. It was a really touch and go night, but the medication helped me sleep here and there. My mom had to push some of the food into me with a food syring to get me to eat, I know I was suppose to, I just didn’t feel good so I couldn’t on my own.

The next day I was feeling a little better; mind you I was still in trumendous pain, and the medication made me a little dopey. But I had the drive to keep fighting, I started eating a little on my own.

My humans were so relieved my mom even teared up, she was with me all that day too. I was even able to start getting more urine out on my own, but my blatter was still filling up faster than I could get it out; so my mom human packed me up with all of my paper work in toe, and we drove back to the hospital; calling them along the way to let them know we were coming.

The doctor checked me over again and decided I would need my bladder drained one more time, but if it needed it a third time I would need the surgery; but she was quit impressed with me seeing that I was starting to get a fair amount out on my own too.

So they did the procedure one more time, this time it was game time; I had to push myself a eat, take my medication like the boss cat I am.

When I got home I ate almost an entire cat of medication food, my humans were so surprised! By that night I was peeing more and more freaquently too! My humans were so impressed by how I had perked up that I even got some visits from my other fur pals; that made me feel better, being able to snuggle with them again.

After the main battle was over I was getting back to my old self in no time, I would still need to stay on the special diet to ensure the crystals didn’t come back; but I was where I needed to be, home with my family.

I lived to tell the tail, but for many felines out there it’s too late.

Always make sure to keep an eye on your feline’s litter box habbits, one sign of discomfort is they stop using their litter box. Also be sure they get the proper amount of water daily, and feed wet food along with kibble to ensure the quantity of water is correct to flush away any crystals or keep them from  forming all together.

Any sign of unusual litter box behaviour and your human should call your doctor, incase its serious. For more information I have linked some great websites to check out, should you be curious about the condition “Crystals”, Even our canine pals can get them- though they are slightly different, but the best way to find out more is by simply talking to your vet, they are trained professionals, there to help.

Thanks for reading my story, and I’ll see you next time, 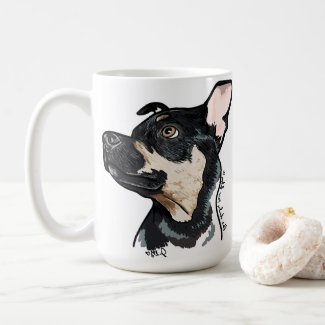 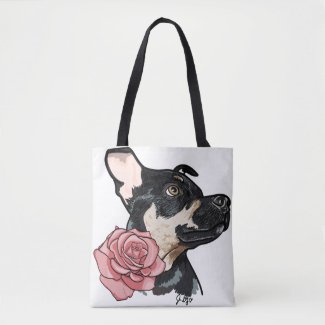